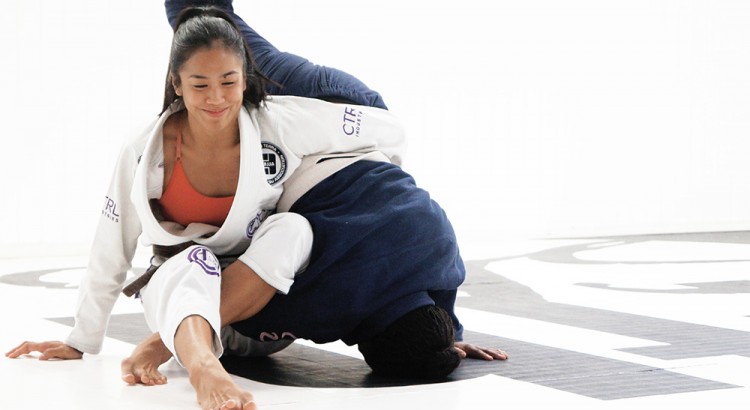 Brazilian Jiu Jitsu or BJJ is now one of the most popular martial arts in the world thanks to its eager followers who keep on advocating for the said combat sport. The applicability of BJJ for all ages, gender and motivation is also making it more appealing to many. BJJ is centered on grappling techniques and also widely known for its ground fighting elements. What makes it very ideal for women is that it allows them to learn the techniques NOT to be pinned down to the ground helplessly. But there is more about BJJ that women might love. Read on!

BJJ is a Great Workout

There is no doubt that rolling on the ground and figuring out ways to leverage quickness and weight to overcome your opponent can be exhausting and strains different muscle groups in your body. This makes BJJ a very challenging and sweaty undertaking.

Jiu Jitsu can provide for the ideal mix of cardio and conditioning exercises for women. Called the “gentle” fighting art, the sport is not as rigorous compared to other martial arts and can inflict lesser direct physical pain but it can subject the body to sustained physical exertion.

Jiu-jitsu’s kind of exercise is great for women who are suffering from insomnia. By doing Jiu Jitsu often the body can have the exercise it needs to relax the body and make it more primed for sleeping. It is also important to note that BJJ also helps in flooding the body with endorphins. This enzyme, produced by the pituitary gland is released when the right amount of physical exertion is achieved.

What women get is euphoria. Endorphins are related with better work performance. This makes women sharper, more productive at work and able to overcome stress easier. By doing BJJ women can have the exercise they need, the better sleep they deserve, and the happiness they can squeeze out from their domestic and professional lives.

Jiu-Jitsu Can Help with Abdominal Cramps During Menstrual Periods

Dysmenorrhea is a source of suffering for many women which can go as high as 6 in the pain scale. Half of women suffer from the condition while a few suffer from extreme cases wherein the pain incapacitates them completely. BJJ can provide for the right kind of exercise – not too vigorous yet not too light to ward of the pain from dysmenorrhea. BJJ can effectively reduce estrogen levels in the woman’s blood which is seen to be the cause of dysmenorrhea.

Studies reveal that 1 in 4 women are subjected to physical assault at least once in their lives. This is mainly because of the belief of many people that women are weak and are easily subjected to abuse. BJJ training can give women situational awareness, understand the anatomy of an attack, and acquire some skills to subdue the attacker. In Jiu Jitsu size is not as important as understanding how you can leverage your position to be in control when fighting on the ground. Assault will inevitably lead to the ground and BJJ can help women get used to maneuvering their weight lying down and while being squashed by someone heavier than them. Without Jiu Jitsu training, being pinned to the ground can induce panic but with BJJ training women can actively think of an escape and even overpower their attacker simply because they are used to the stress associated with ground fighting and they also have some basic techniques they can use against the attacker.

BJJ Allows Women to be Part of a Community

Women can enjoy Brazilian Jiu Jitsu because of the other people who are also into the sport. They can meet other women who share their passion for this martial art. They can have a group where they can form friendships. This community can help them gain the confidence they need to apply BJJ principles and techniques. This confidence allows them to perform better with the combat sport. Women need this kind of support to embrace Jiu Jitsu best and make it a lifestyle for them, not just something they do once in a while.

Brazilian Jiu Jitsu even with its gentler qualities compared to other martial arts, is still challenging physically and mentally. Women can learn some key lessons like accepting standing truths such you cannot win it all the time. There will be some rounds where you will be forced to tap out. But this is okay because every failure gives you insights on what not to do next time. BJJ can also reveal their weaknesses and the realization that these weaknesses are meant to be conquered. Jiu Jitsu teaches women to push forward always, defying limitations thus giving women the confidence boost they need not to be pushed around and treated as someone weak and defenseless. This does not mean they are now more aggressive, this just means they now understand better what they are capable of doing.