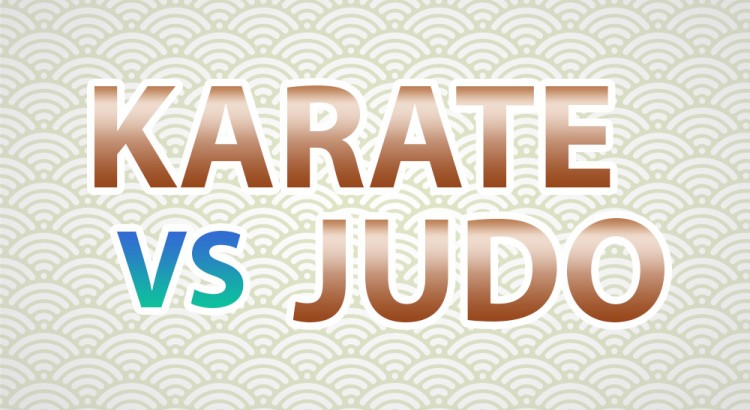 Karate is a household name in the world of martial arts simply because it was the first one that broke through western pop culture after World War II. Originally from Okinawa, karate was a favorite past time of US servicemen in the island as the occupation of Japan started. Judo on the other hand is also pioneered in Japan and is also widely popular, especially among non-striking martial art disciplines. It has inspired other combat sports such as the Brazilian Jiu Jitsu or BJJ.

These combat sports are very different from one another when it comes to fighting style and training details. This makes a comparison between these two very interesting. This comparison can help you decide better which martial art you will choose to train in. This article bares both the weaknesses of judo and karate and also its strengths.

Ukemi is the technique of falling to the ground safely. This is an innate element in judo training as its fighting is often done in the ground. Throws, locks, and grappling make ukemi necessary in judo. You can expect to be thrown by your opponent in a judo match. Falling “right” is very important as this prevents injury. The main advantage of this technique is that the acquired skill can be used every day. Tripping something on the pavement or slipping in a tiled floor can throw you off balance. Ukemi can help you fall the best way possible so that it would be less painful and cause lesser possibility of injury.

Karate on the other hand does not teach this technique. Karate is a striking martial art so it is not fought on the floor. Falling to the ground is a disadvantage, not a means to engage an opponent. This makes Karate in a disadvantage when dueling with a judoka. When engaged by a throw, a karateka can easily be immobilized by pain, even injury for the lack of understanding of biomechanics as he is slammed to the ground.

Judo Leaves out the Face Open

Judoka are used to leave their face open during a fight. Judo rules do not allow hitting an opponent in the face. This makes judokas vulnerable in a fight where the other is not necessarily playing by the rules of judo. Karate teaches to hit the head in every opportunity because this is the most effective way to disable an opponent.

People who are practicing karate also make it a point to have their faces protected at all times as a normal defensive stance. In a judo-karate match the first one who would likely get injured is the one using the judo discipline. But when the fight transitions to the ground, a karateka has little chance to put up a fight with the extensive grappling techniques a judoka can use against him.

Judo can easily integrate a first timer in a judo session to “fight” with others in the dojo. Learning requisite skills in the martial art is not as necessary in judo as it is in karate. In karate, before you can fight others you need to learn the basic skills for you to understand the kind of engagement that is expected from a karateka. In judo even beginners can participate fully in a fight. This is why judo is very attractive to many as it allows them to get into the sport with minimal know-how. The rules and techniques can be fed slowly and in a progressive manner. This allows a judoka to grow in the sport while being actively involved just like everybody else.

Judo and karate are great martial arts for self defense from kids to adults. Judo and karate do not only teach fighting techniques but also allow people to gain the confidence they need when they find themselves in a situation where they need to fight back. Knowing self defense skills is way different from acquiring the courage to apply it. Kids who are bullied need the confidence boost of a karate or judo training because this gives them the courage to confront bullies or even portray a stance that can deter bullying.

Karate is an ideal self defense tool because it teaches striking and kicking. This makes it a good pre-emptive self defense approach. But judo is also ideal because it focuses on tackling the threat without necessarily causing injury to the other. This is important for kids because it teaches them not to seek out combative retaliation but just opportunities to get away from a situation that may result in injury.

So which is the better martial art? Both are actually ideal and can be a great choice but this will depend on the preference of the person who would pursue either of these martial art disciplines.

3 thoughts on “Karate And Judo: Which Is The Better Martial Art?”