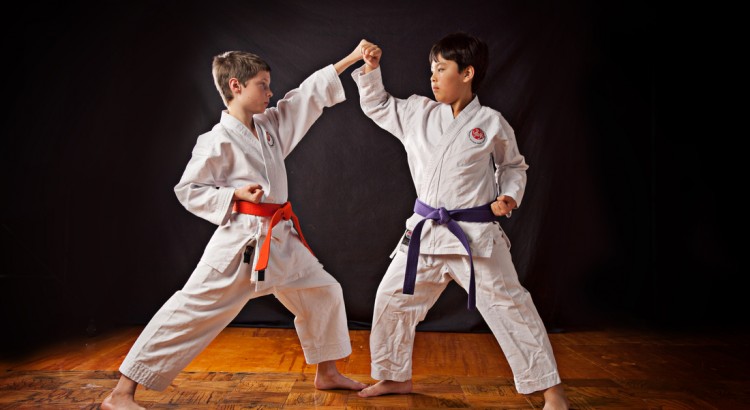 They say that practice makes perfect. The same is true in karate, as you would need to practice what you’ve learned as a karate student. And one way to do so would be to spar.

In sparring, you’ll need to wear the following gear—karate training uniform, gloves, shin pads, groin protector, and mouthguard. If you’re a woman, you also have to wear a breast protector.

So how do you make the most out of a karate sparring? Here are some tips that should come in handy the next time you spar.

Keep yourself composed throughout the sparring. Remember that this is only a simulation of the real thing. This is not the actual competition that you foresee yourself getting involved in the future. The more relaxed and calm you are, the more likely that you will be able to execute the techniques that you’ve been trying to master.

It’s not a bad idea to keep telling to yourself to ‘relax’ during a sparring session. Repeat the word ‘relax’ at least in your mind while you are sparring. This should help you maintain your composure.

Keeping yourself relax will also affect your movements, as loose muscles are faster than tensed muscles. Of course, you can argue that it can be very difficult to relax when a black belter is trying to hit you. But over time, you’ll be able to learn how to maintain your composure even in the midst of difficult situations.

Although a sparring is just a stimulation of a competition, it doesn’t mean you should not give your all. Be as active as possible. Don’t thrown just one strike; instead, use combination of shots. Don’t get frustrated if your opponent is able to avoid your strikes, as you are keeping him in the defensive.

You should also maintain good footwork, which gives power to your punches. Good footwork also gives range to your kicks.

Manu novice fighters usually run out of gas when sparring because they forget to breathe in all the excitement. Breathe naturally while sparring, exhaling forcefully when you strike.

You can ask your friend or family member to take videos of yourself while sparring. This is one great way for you to assess your techniques, and determine how you can improve yourself. By taking videos and watching the clips later on, you’ll be able to see your strengths and weaknesses. You’ll know where you stand and what you need to do to take the next level, so to speak.

Keeping a training diary should not only keep track of your progress, but also make you more motivated. Instead of comparing yourself with your opponents, you can write in the training diary the improvements you have had every sparring session. Eventually, you’ll realize how much you have improved ever since you started karate.

You can also write your training goals in the diary. Having goals like improving your techniques or to break wood with a spear hand would help you improve quickly. It can also keep you focused, shutting out some of the stresses brought about by dealing with an opponent.

Most novice karate students have this habit of apologizing whenever they strike an opponent. If you’re one of them, it only shows that you have a mental block that you need to overcome. Apologizing has no place in martial arts, especially in competitions. After all, your opponent has padding that would protect certain body parts.

The point is, do your best to let go of the habit of apologizing every now and then, and just focus on the task at hand.

Getting hit is part of martial arts sparring, and you’ll eventually get one no matter how hard you try to improve on your defense. Don’t flinch away when you get hit. Just keep on fighting. You’ll realize that this is the fastest way to learn.

Once the sparring session is over, don’t hesitate to talk to your instructor and ask about your mistakes so you would know which facets of your techniques you should improve on the next time. Karate instructors love dealing with inquisitive students as it shows them that their apprentices are very eager to learn.

These are just seven tips that can help you when you are sparring.

2 thoughts on “Tips for Karate Sparring”