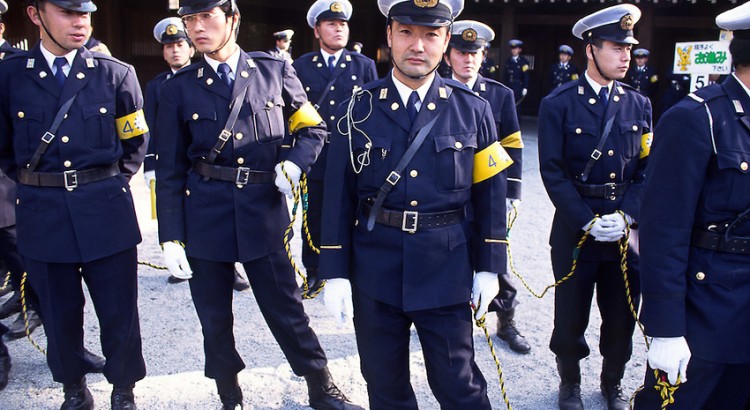 In Japan, the birthplace of many of today’s martial arts, Aikido is uniquely the one officially chosen for instruction to the elite Tokyo Metropolitan Riot Police and Secret Police. In fact, those in the riot police and special service units are required to have at least a ‘shodan’ or beginning black belt degree in Yoshinkan Aikido (a ‘hard’ style of aikido) if they want to advance further in their careers as police officers.

Aikido, unlike other martial arts, is extremely flexible. It can be applied at varying levels of severity from the most gentle controlling techniques to the most debilitating, even lethal counter-measures. It is therefore ideal for practical use in a wide range of law enforcement situations. A training in Aikido will prepare police officers to defend themselves and those they vow to serve and protect should the need arise. Aside from the fighting and defensive techniques, the Aikido training will also help them become more physically and mentally fit for the job.

With regular Aikido practice, police officers develop the necessary ability to remain calm, comfortable, unflappable and focused in the face of any crisis they may encounter on the ground. In contrast with the more aggressive martial arts like Karate and Krav Maga, the stance and movements used in Aikido are relaxed and welcoming. Rather than opposing an attacker with force, blocks or strikes, an Aikido practitioner learns to enter and blend with the motion of the attack, redirecting the force and using the attacker’s own momentum in order to gain advantage.

Most schools of Aikido use the shapes of the triangle, the circle and the square to illustrate the basic teachings of the art. For instance, the core in Aikido is represented by a circle since the power in a movement comes from circular motion around a stable, energized center. The triangle on the other hand represents the triangular posture predominant in the Aikido stance, as in the triangulation of the arms to the body’s center of gravity and the hips as well as in the basic “triangular offline avoidance” movement. Finally, the square represents solidity of stance, or the principle of “weight-underside” or “being grounded.”

“Hanmi,” the ideal stance for stability, has the feet in a close triangle. A practitioner in this stance can execute proper movements at remarkable speed and stability while appearing completely relaxed. The alignment of the hips and the circular arcs of movement allow for the generation of significant power, much like the winding and uncoiling of a spring.

Properly executed from a correct stance, Aikido moves can be at once graceful and effective.  Attacks seem to deflect themselves and attackers are thrown with what appears to be the most minimal of effort. However, not all of Aikido’s power may be explained by the leverage that comes with the stance nor from the bio-mechanical efficiency of circular movements. The Japanese, like most Asian cultures, believe that there is a “ki” or life-force that can be experienced, cultivated, and directed.

Harnessing the “Ki” in Aikido

In Aikido, students are taught early on to develop a feel for ki, or the life-force energy, through a progression series of exercises that usually starts, continues and ends with proper breathing and relaxation techniques. Students are taught to be aware of their ki while executing the pushing and extending movements that are integral to the Aikido drills. Some practitioners describe experiencing ki as the “feeling of perfect timing and coincidental breathing” while in the process of executing an Aikido move. Over time and with regular practice, the experience of ki energy becomes so palpably real and available to the practitioner that little to no muscular resistance is required blend with the attack or to perform a technique.

“Irimi” or Entering with Right Timing

“Irimi” in Aikido is the act of entering deeply around or behind an attack to defuse or neutralize that attack. Here students are taught to blend with the attack by becoming one with the opponent’s movement and leaving the opponent with nowhere to strike. This movement is executed starting with stepping straight in the direction of the attack then fluidly moving out of the way and into the opponent’s blind spot. When executed properly, one can strike an opponent with great force using his own momentum. Irimi redirects the opponent’s movement in an arcing or circular way so that the force of the attack can be diffused or used as counter-strike with minimum effort. To get a feel of how to enter with right timing, students are taught early on how to look with “soft eyes,” that is to use their peripheral vision detect movements in their surroundings, much like basketball players and other athletes do when in a live playing field.

Learning to Listen with the Body

Aside from having “soft eyes,” an Aikido practitioner also learns to use his entire body, especially his “hara” or guts, to feel, scan or scope his surroundings. Being able to listen with the body will come over time and with regular Aikido practice, especially with “randori” or defending against multiple attackers. Needless to say, this is a useful skill to have for a police officer who’s on crowd control duty or who has to deal with a mob situation on the streets.