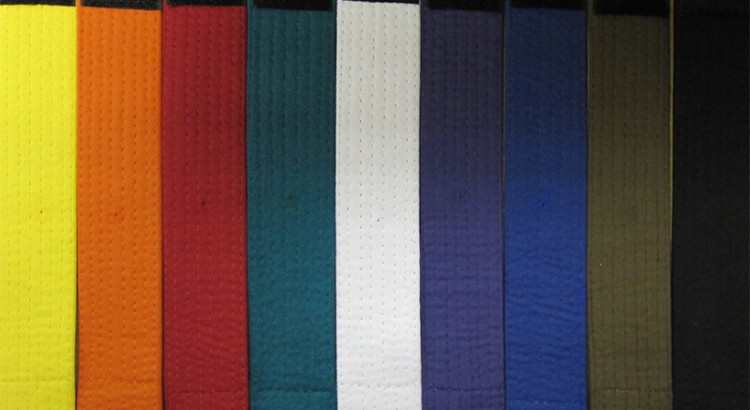 For many people who are unfamiliar with martial arts, the belt system is one of the few things they may have a vague idea of. You can ask any man in the street and chances are, he’ll tell you that a black belter is the most skilled martial arts practitioners. But ask him about the other belts, and what each color represents, and you may get a puzzled look.

There’s no denying that when it comes to karate, belts are the most familiar to the general public. But what the ordinary Joe should realize is that the martial arts belt hierarchy is more than the white and black belts.

The colored belt ranking system in the martial arts was conceptualized by Dr. Jigoro Kano, a Japanese who is acknowledged as the founder of modern Juno. He is also credited for other concepts that have provided the foundation of modern martial arts. None of these are as important as the colored belt system that serves as a manifestation of a martial art practitioner’s progress. The first black belts were awarded sometime in the 1880s.

It wasn’t too long that karate adopted this belt ranking system. The founder of modern karate, Gitchin Funakoshi, adopted this system and other philosophical concepts from Dr. Kano, who was a good friend.

In Taekwondo, the belt system was introduced by Byung Jick Ro who is acknowledged as the founder of modern Taekwondo. Coincidentally, Ro was a student of Funakoshi and received his black belt from his teacher in 1939. Ro would then introduce the belt ranking system in Taekwondo in the 1940s.

Through the years, there have been several urban legends been passed down from generation to generation regarding martial artists and their belts. Perhaps you might have heard the story that martial artists start training with a white belt which would become black after years of being stained with blood, sweat, and dirt.

First of all, there is a standard of cleanliness that is practiced in the martial arts. So any student who arrives with a bloodied uniform will never be allowed to train.

Belt Colors and Their Meaning

The standard belt color system starts with white, then yellow, gold, orange, green, blue. After that, purple is next with brown, red, before the ultimate which is black. Each color represents a certain skill level, how the sparring is handled, and restrictions applied to those who wear belts of higher rank.

Each color signifies a certain level of skill. In addition, it determines how sparring is handled, and what restrictions are applied to those who wear belts of a higher rank.

But you may ask: why would black be the highest level and white, the lowest? In the beginning, the white belt was dyed to a new color as the student progresses. Because of the dying process, it only made sense to use darker colors, hence black being the highest level.

Moreover, the belt system in Korea and Japan became widely practiced after the Second World War. Those countries were poor after the war, so dying new belts to a darker color was not only effective and simple, but also very practical.

The white belt signifies a birth or beginning. As a beginner, the white belt student is being taught the knowledge of the martial art. White also represents the beginning of a life cycle, or a seed that lies beneath the snow in the winter.

Yellow pertains to the first beams of sunlight shining upon the seed. A student who has a yellow belt has been given a ray of knowledge by his instructor. The orange belt, meanwhile, represents the mounting influence of the sun. A student who wears the orange belt is starting to feel his body, and opening his mind to the Art.

Green is representative of the growth of the seed into a new plant. A student who has the green belt is starting to strengthen and refine his skills.

Blue refers to the blue sky, with the plant continuing to grow towards it. A student with the blue belt has additional knowledge of the art that can make his body and mind continue to grow.

The purple belt symbolizes the changing of the sky’s colors, as the student prepares to transition from being a neophyte to an advanced student. Brown belt pertains to the ripening of the seed, as a brown belter is knowledgeable of techniques that are starting to mature.

Red belt symbolizes the heat of the sun, with the plant growing towards it. Red also represents danger, which means that a student who has a red belt should considered dangerous with the amount of knowledge that he has gotten through years of training.

The black belt pertains to darkness beyond the sun. Anyone who wears a black belt has a more profound knowledge of the art. He or she can also begin to teach others so that new seeds will be planted, grown, and matured.