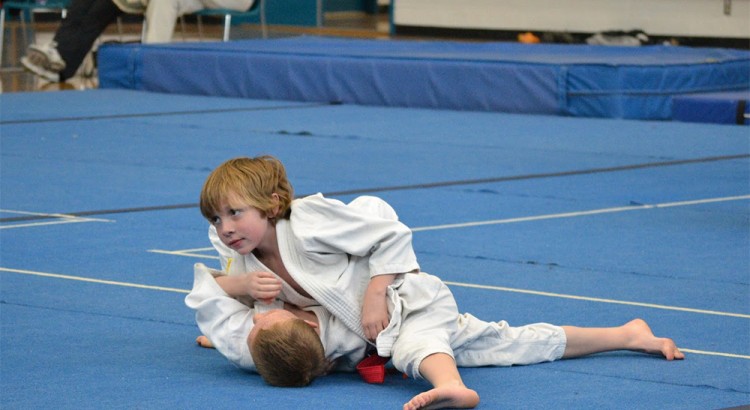 Judo is one of the oldest martial arts in the world and it has formed the backbone of many comparable disciplines in Japan. It has also spurred the development of similar arts in the form of Brazilian Jiu Jitsu and Sambo. It is an Olympic sport, a testament of its very important contribution in the world of martial arts. Children can easily learn judo. Although it is a demanding sport and requires a lot of discipline from kids, it can also shape character in young children. This is why parents are inclined to get their kids into it. There is more to judo than just throwing and grappling opponents in the floor. It also teaches a lot of things that is way beyond martial arts. Read on and understand why your kids should be a judoka.

Self Awareness and Judo

Young kids are often far too removed from their own self especially when they are young and this is often the reason why they act the way they do – clumsy at times and inconsiderate of other’s feelings. Judo teaches kids to sync their minds and their bodies. Because the sport is physically stimulating, motivating children to learn the details of judo is not as hard. When they understand how their body and mind work together they also become more self aware and they also begin to be aware of others making them more considerate, kind, and yes, coordinated.

Judo teaches techniques that make it necessary for the kids to be twisted and turned during training. They are also contorted in so many ways that an improved flexibility becomes a natural consequence. While kids are normally accident prone, often finding themselves trapped in tight spaces and tripping over the smallest blunders on the pavement, kids who are into judo are not as exposed to these risks because they have a better sense of balance plus they are more flexible. Parents can effectively reduce the risk of accidents for their children when they get them to a judo program. Kids can naturally assume a balanced posture even when they stumble thanks to Judo training.

Judo may look like random wrestling to parents but judo has extensive rules of engagement and there is a method for everything done during a duel so kids have no choice but to concentrate on what they are doing, minding their offense, defense, and their ultimate goal to win without causing injury to their opponent. Judo also teaches a lot of balance techniques, force production and leveraging, and even biomechanics. At any point during a duel with an opponent they have to get into a mode of heightened focus training them to better direct their attention to a specific thing. The ability to focus and concentrate is a common problem among children. Judo can help in this struggle.

Judo is Built Around Respect, Discipline, and Ethical Competition

Judokas are not just known to be persistent and tenacious they are also very ethical when it comes to “fighting” with an opponent. They bow to their opponent and to the referee, a sign of respect to his opponent and submission to the authority of the sport official. The bowing also signifies the willingness of the other to engage his or her opponent. Respect is a huge thing in judo and this is why opponents are not into hurting each other but to get the other to the ground as fast as possible without causing serious injury. This demands a lot of discipline and self control. This is where judo excels among many other martial arts. After each fight it is compulsory to shake the hands of your opponent, a clear manifestation of sportsmanship and ethics.

Judo can instill in children a healthy level of self confidence. The sport allows them to discover their strengths. They are empowered by understanding the fact that their limitations and weaknesses do not define them. This sense of confidence allows them to resist bullying in an effective way as they do not fight off bullies physically but thru projecting an aura of self-respect bullies are often afraid of. Judo becomes a natural deterrent for bullying. Judo also allows kids to protect themselves but not in a manner that results to physical injury. Judo does not even teach striking or kicking instead it teaches kids to control their opponent by pinning them on the ground or rendering them powerless to hurt them as they also take evasive action.

Judo shapes the character of kids. Judo has been known to solve behavioral problems of children who are rowdy and are known to be rambunctious or misbehaved. Starting kids early on the sport allows them to embrace the values and discipline the sport teaches.