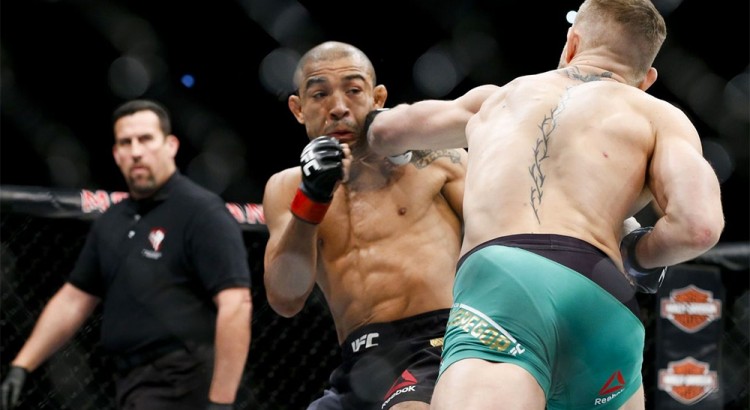 When Conor McGregor knocked out Jose Aldo, a man who hasn’t lost a fight in over a decade, in just 13 seconds during the main event at UFC 196 on March 5, people also began to take notice of Ido Portal, the movement coach famously hired by The Notorious to help him prepare for the mixed martial arts competition.

Portal does not have any brazilian jiu jitsu belts nor a formal background in any of the typical mixed martial art disciplines like wrestling, boxing and kickboxing. He is however an expert at Capoeira, a traditional Brazilian martial art with combined elements of dance, acrobatics and music characterized by high-flying kicks and flashy spinning movements. In fact, he even taught Capoeira at a local university before he got called to Israel’s compulsory military service, something which he says forced him to change his perspective. He told the Daily Mail: “I had to get very physical to get ready for special operation tests and drills. It changed my physicality. Martial arts take a bit of weird angle after you do stuff in the military.”

Following his military stint, Portal segued away from Capoeira and founded his own “Movement Culture,”an entirely separate discipline that is focused entirely on the science of movement. He became a self-proclaimed “movement coach.”

The preparations leading to the fight with Aldo was Portal’s first time to work with McGregor. He said The Notorious reached out to him after watching footage of his promos and seeing his interviews. He said he is hoping to work with Conor more in the future, but he admits that he has also been receiving an overwhelming amount of requests from other athletes following the spectacular conclusion to the Aldo-McGregor fight.

Portal is also reluctant to claim full credit McGregor’s win. He told Bloody Elbow: “It [his role] was about coming and supporting and putting full throttle behind it, although the amount of work we got to do was minimal for me. A week-and-a-half here, and another few days in Dublin and that’s nothing to blame or to really take credit for, yet. They are a small chain of decisions, decisions that must be made right. And I was a part of those decisions. What to take, when to do, what to do, what to not do. It’s a huge part, what to not do in training, in a session. Keeping them fresh, keeping them in tune, keeping the body very soft, which is very misunderstood.”

As for McGregor, he told Daily Mail that he believed that mixed martial arts techniques had already stagnated. He brought Portal on board in line with his long-held fascination with movement. He said: “I study all types of movement. I just like the way the body moves. I like looking at people who have complete freedom of movement and complete control of their frame. I feel it is to do with more than their body, I feel it is something in their mind as well. I’m fascinated by it so I study all forms of movement, animals because they are graceful and beautiful, I just enjoy movement as a whole. But anyone who is doing anything; I will analyse a man walking down the street to see how they carry themselves. I feel you can tell a lot about someone by the way they carry themselves so I try to move cleanly and efficiently.”

In another interview, this time with Esquire, McGregor talked some more about his fascination with movement. He said: “I learned a lot more about how important balance is, how important control of the body is. From the moment I open my eyes, I’m trying to free my body. I’m trying to get looser, more flexible, to gain control. Movement is medicine to me. We’re the only animal that wakes up and doesn’t stretch. Wake up and stretch. Start there.”