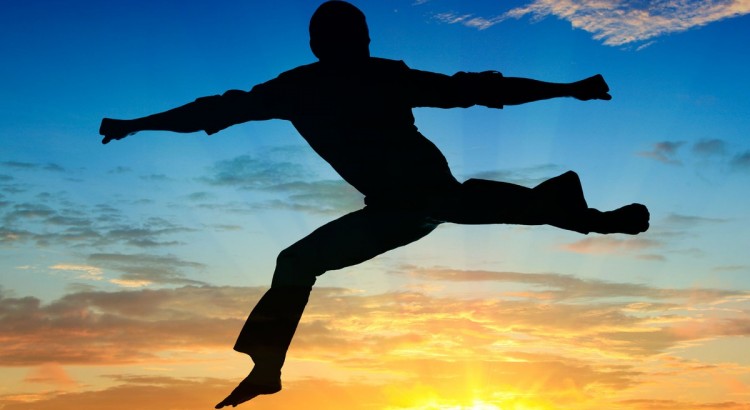 Kung Fu is one of the most popular martial arts in the world. Everywhere you go you will see Kung Fu movies, silk and satin Kung Fu belts or Kung Fu gi being sold for tournaments and students, and numerous schools that specialize in one or two different concentrations of Kung Fu.

However, as popular as it is, a lot of people look at Kung Fu the wrong way. Many people think of it as a dying, ancient art that is riddled with silly mythologies. Others only know what the movies show. That’s still a good thing because if it wasn’t for people like Jackie Chan then the world would’ve never paid attention to the art at all.

Don’t think that Kung Fu is all just about Shaolin monks with flying fists – the art is a very integral part of Chinese history and culture.

It Started as a Military Combat Art

The ancient legends state that Kung Fu may have started from the ancient Xia dynasty (c. 2100-1600 BC) and that it was a gift from the legendary Yellow Emperor Huangdi. The veracity of these legends is questionable since there are no written records but one thing is certain – Kung Fu was made for war.

The art of Kung Fu originated as a style of hand-to-hand combat for war. It’s mixtures of unarmed and armed techniques were designed to give soldiers an advantage over their opponents no matter what they had – or didn’t have – in their hands to fight with.

Kung Fu Doesn’t Use a Dojo

The word dojo is so common that everyone thinks it refers to any martial arts school but that is not the case. The proper word for a Kung Fu training center is Kwoon.

Dojo is word used for Japanese martial arts such as Karate, Aikido, and Judo. Foreign martial arts that have sprung from Japanese origin such as Brazilian Jiu Jitsu also use the word Dojo. However, Kung Fu is Chinese in origin therefore it is only proper to use its original term.

Upon entering the Kwoon, a practitioner must bow 45 degrees and the hands are positioned at the chest, with the right hand in a fist while the left hand is an open palm. This represents the cycle of Yin and Yang. The open left hand, which is in line with the heart, represents the person is at peace.

Do Kung Fu Practitioners Wear a Gi and Belt?

When you think of martial arts it is almost impossible to not imagine men wearing a white gi made of woven cotton and a thick colored belt. However, the Kung Fu gi and Kung Fu belts are vastly different from most martial arts.

The concept of a white gi and a colored belt is purely from Japanese martial arts. Judo was the first martial art to introduce it during the early 1900s. When the first Judo school opened, they used altered the traditional kimono to become more appropriate for fighting.

Back during those early days, the belts were only white or black. White was for the beginners and black was for the advanced students and instructors. When the concept reached Europe and Brazil, more colors were added to help students identify what level they are in their road to mastering the art.

Kung Fu doesn’t really use these concepts. Some Western schools of Kung Fu will implement the use of belts – and these are beautiful, silk or satin belts – but as you go closer and closer to China the tradition tends to fade away.

The gi is also different for Kung Fu. Kung Fu gi pants are tight around the ankles instead of dropping loose and the same concept applies to the wrists. The frog-button clasps on the jacket are also very distinguishable, making a Kung Fu artist stand-out amongst his Japanese peers.

Jackie Chan popularized the drunken style of Kung Fu with his movies but the real drunken style, known as Zui Quan, is vastly different from what was shown. The techniques in the movie are all made up and the idea of actually drinking wine is also false.

Real Zui Quan is about imitating the movements of a drunkard to confuse the enemy. It is a very sly and complicated art. It is also widely practiced in Shaolin temples.

You’ll hear about all sorts of Kung Fu styles based on animals but in Chinese history there were only five: Crane, Deer, Tiger, Bear, and Monkey. Other styles such as Dragon, Leopard, Praying Mantis, and Snake were introduced much later.

These five animal styles are some of the oldest Kung Fu styles in China and were even second-hand documented during the 13th century.