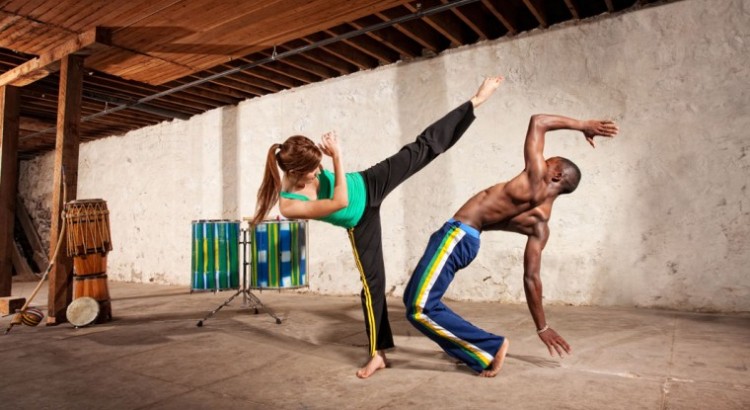 Each of us has his own reason for learning martial arts. We see it in media as a form of entertainment, mostly during sports competitions or highlights of action scenes in films and television.

Martial arts are forms of fighting that date back to 3,000 BC. Relics of the past show different martial arts practices mostly in Asia, Europe, and Northern Africa. Much like today, they have been used in the olden times for combat, combat sport, self defense, physical fitness, choreography, and even meditation.

In my case, I learned martial arts because I wanted to live a healthy lifestyle. Sitting at my desk for more than eight hours a day, five days a week, leaves me feeling tired even during weekends. My practice for the last several years was to rest it all out on Saturdays and Sundays. But as I was getting old, I realized I needed to do something more.

I needed to exercise. Rest and massages couldn’t take my stress away anymore. I needed to move and to sweat the tensions away.

I tried jogging and going to the gym a few years ago, but I doubted that I would want to do them again. Because unfortunately, I get bored after some time. What I needed was something special, and this is why martial arts caught my attention.

Martial arts presented a way for me to be physically fit without the routine of lifting weights or doing bench presses or calf exercises. I discovered that the gym near our place offers training on Muay Thai and Jiu-Jitsu. My suggestion however, is to choose the best martial arts for you to keep yourself interested in training.

I have learned three things so far. First, the warm-up was intense. A newbie might feel overwhelmed and even nauseous afterwards. I stopped wondering why martial artists are in excellent shape and why their muscles evenly proportioned. From the start of the training, they test the endurance of all parts of the body, from head to toe.

Second, it helps to learn a variety of fighting techniques. Even though I only originally signed up for Muay Thai, I discovered that in terms of self defense, it may not be the best in certain situations. The fighting range may be too close and you would need to throw your opponent instead of trying to land him kicks and punches. Jiu-Jitsu didn’t sound too bad after all so I signed up for it as well.

Third, fighting using Jiu-Jitsu is easier if you use the clothes of your opponents against them. Your foe might be bigger and stronger, but if you use the right technique, it would not be impossible for you to disable and choke him. This is true for combat sports and something than can be definitely applied in real situations.

Before we train Jiu-Jitsu, our coach would determine if we will be having a ‘Gi’ or a ‘No-Gi’ training. With No-Gi, we can wear street clothes. I would usually wear a pair of shorts and a dry-fit shirt. If we were going to have a Gi training, then I would have to bring my uniform.

What is a Gi? Gi is the clothing used in the martial arts competitions we see on television. It consists of a jacket, a belt made of cloth, and loose-fitting pants. The ones we used were quite heavy and may need some getting used to.

So far, I enjoy training more with Gi. I have two reasons. One, it protects my arms and legs during the warm-up and during the actual training. In the warm-up stage, we would have to do different kinds of crawling, on our front and on our back.

We lay rubber matting on the floor before training, but they can still be abrasive to the skin and can ruin your clothes over time. The garment used to make Gi is quite strong and is perfect when moving on the floor.

My second reason is that Gi opens up a variety of techniques for me to defeat my opponent. In a No-Gi fight, for example, I would have to put one arm around my opponent’s neck, while my other hand pulls his arm down. With this technique, you can lift and push him to the ground.

With the use of Gi however, I could exert a little less effort because instead of wrapping my arm around his neck, I could grab his collar instead. I would have to catch the underside of his jacket sleeve, and with proper lifting, I could bring him down in a beat.

With Gi, your grasp also becomes stronger since you hold on to the coarse sleeves, instead of trying secure the other person’s sweaty neck, arms, or legs. However, remember to learn the correct grip because the cloth can skin your fingers.