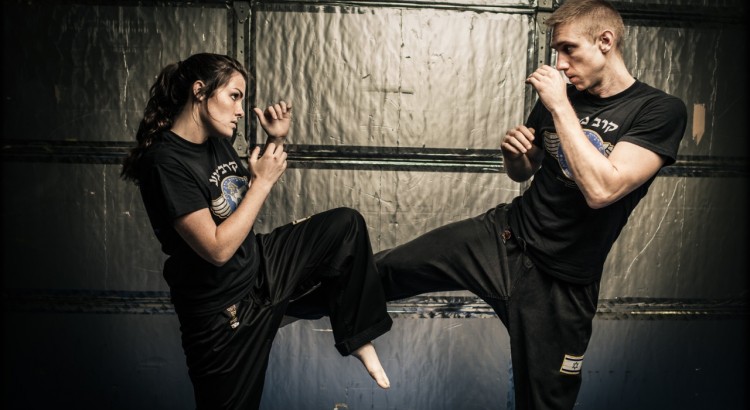 The Internet is filled with people who look at masters with high ranking Krav Maga belts and go “He’s not a real fighter because Krav Maga isn’t a practical art” or “Krava Maga is just a watered-down combat art formerly used by the Israeli Defense Force (IDF).

These people have absolutely no idea what they are talking about.

Krav Maga is not only one of the most practical martial arts but under a skilled master it is also one of the deadliest. It ranks among the most brutal arts, a spot shared by Pencak Silat/Kali, Wushu, and Russian Systema.

If that’s not reason enough to start ranking up Krav Maga belts then take a moment to consider the following:

Fighting for sport is one thing but fighting to defend your life from thugs and rapists is another. In the ring or on the mat, there are rules and a referee to make sure everybody follows those rules. In the real world, you have to be able to win or your life could be in jeopardy. There is no middle ground.

Krava Maga was developed by Imi Lichtenfeld, originally designed for practical use in the streets. Its roots shaped the art into a practical system that can be used realistically. It was later refined and taught to the IDF, so it wasn’t the other way around as many people believe.

Krav Maga is a Complete Package

Judo focuses on grapples and submission locks. Aikido has some striking but it focuses on momentum control and takedowns. Karate is focused almost entirely on empty-hand striking. Krav Maga is a package of all three: striking, wresting, and grappling.

This means you will always have a strategy to fight back with no matter what situation you are in. Whether you are standing and striking or you are on the ground outmatching someone in an arm lock, Krav Maga will keep you equipped with the skills you need to win.

Krav Maga is Easier to Learn

The essence of Krav Maga is to focus on a martial art that is practical in real life situations so it doesn’t use difficult katas and formations like Karate or Wushu. Instead, the techniques in Krav Maga focus on instinctual movement – meaning these are the most likely, most natural movements a person will actually do in combat.

This makes it much easier to learn, especially for beginners. However, the mantra of “easy to learn, hard to master” does apply so only the most dedicated students climb up to the black Krav Maga belts.

Krav Maga is Applicable to People of All Sizes and Strengths

Have you ever seen a skinny Sumo wrestler or a boxer without large muscles? How about a wrestler who doesn’t look like a walking tank of muscles? Those are bodies that many people can only dream of and that make their martial art so difficult for smaller people.

Krav Maga doesn’t share that issue. Krav Maga is designed so that tall people, short people, skinny or heavy can use its art for self-defense and counter.

When you’re in a real fight you often won’t have the time to think about what you can and cannot do. The situation is urgent and you need to be able to react in a split-second’s time. Many other martial arts do not train you for this – the moment a fight breaks out, people forget all their kata and body forms.

Krav Maga fixes this by preparing the mind as much as it prepares the body. Mental control and properly assessing a panic-inducing situation is integral to the lessons of Krav Maga. After all, it was later taught to IDF soldiers so teaching them how to take control even in a war zone was crucial.

As with every martial art it does take some time to gain experience and hone your skills however it won’t take you six-twelve years to reach the higher tiers of learning. This isn’t Brazilian Jiu Jitsu where there are many required years before you can become a black belt.

This is because Krav Maga focuses on skill and concentration. If you’re really good and you practice every day then it in just 2-4 years you’ll be counted among the best in the art. There are people who have only studied 3-5 years and yet are certified instructors already.

Krav Maga Has Been Battle Tested

Many martial arts claim they are useful and have been tested by soldiers but very few actually have. Kali, a Filipino art, and Russian Systema are some that really have been combat tested and Krav Maga belongs with them.

The thing with soldiers is that they fight as a group and with firearms. Very rarely will a soldier ever fight hand to hand while in a battlefield.